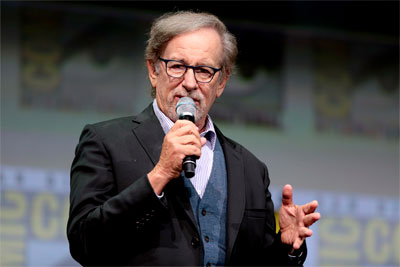 PowerPoint. People seem to enjoy writing presentations in it. And they love to list this as a skill on their CV and Linkedin profile. But you can bet a penny to a pound that nobody, even the most enthusiastic authors of such presentations, has the remotest interest in sitting through anybody else's high-tech, low-impact, homogenised magic lantern show. Lower the lights, set the projector fan whining, stumble and stutter over the pronunciation of your fifth agglomeration of bullet points and watch each member of your audience drift relentlessly away into their own private oblivion.

It may be hard to believe but there are still people in the training community who haven't yet grasped the truism that technology can be a major impediment to communication as well as a facilitator of it. But then they've only had since the launch of PowerPoint in 1987 to get their heads round this. If you want to engage with your audience, interest and enthuse them, it might just be a good idea to turn the lights on so that they can see you and more importantly you can see them and make eye contact. It might even be sensible to encourage them to participate in thinking through the material rather than attempting to hammer it into their brains mechanically -- bullet point by deadly bullet point.

In this respect, even Dicken's schoolmaster Thomas Gradgrind, in Hard Times, may have been ahead of the PowerPoint curve. At least he attempted to engage his class by interrupting his monologue to ask them a question: "What is a horse?" Though it turned out that the answer he was fishing for is a perfect parody of a PowerPoint bulleted list:

Gradgrind regarded the children in his class as empty pitchers which he needed to fill with facts. Sissy Jupe (Girl number 20) lived with horses as her father was a farrier but she was unable recite the definition or see the point of it. So she failed the test of knowing what a horse is.

It's an occupational hazard of working in e-learning that at some point, and maybe quite frequently, you might be asked to convert a PowerPoint presentation into a piece of e-learning. And my advice is that you should have prepared an answer that attempts to preserve whatever is redeemable from your professional credibility and enables you to continue to live with yourself. And not just what you'll say. What facial expression will you wear? What tone of voice will you adopt? Good to sort these out in advance and maybe practice in front of a mirror.

Now I'm not much of a one for giving advice (as nobody would take it anyway) but here's an idea. Maybe the trick of dealing with this situation might be to avoid engaging too literally with Mr PowerPoint-Gradgrind-convert-my genius-presentation-into-a-piece-of-e-learning-which-replicates-the-truly-excruciating-tedium-of-my-standup-session but try to look for the creative opportunity, to go radical and produce something fresh and new which maximises the potential of e-learning as a medium.

So let's ditch the c-word – the idea of conversion – and think adaptation instead – the task of the screenwriter and director when they set about making a film or a drama from a novel. The story might remain the same but the way of telling it will need to be adapted to the new medium with all the exciting opportunities and deadly pitfalls that that can involve. Charles Dickens fashioned his novels from long, densely worded paragraphs of ponderously descriptive prose. But how would that kind of writing work in the screenplay for film or television? The key is to identify the essence – the story, the humour, the message – and present it anew.

So before you get too far into the task you might want to check with Mr PowerPoint that you have understood correctly what they intended their presentation to achieve. What is the strategic objective? Is its purpose to impart information, change attitudes or modify behaviour? How will its effects be measured? Will the module include a test for trainees? Does an external body such as an insurer or statutory body need to be convinced that the intervention has been effective? If so, what evidence will they be looking for?

But when you've had this conversation it will be time to man-up, go radical, muster all your ambition and reach for your destiny by demonstrating that you understand the potential of e-learning as a mature, creative and exciting medium.

Who would you identify as the Stephen Spielberg or Danny Boyle of e-learning? Maybe it could it be you…

See how easy online learning can be with a free trial

Training Tracker is a tradename of The Multimedia Design Studio Limited